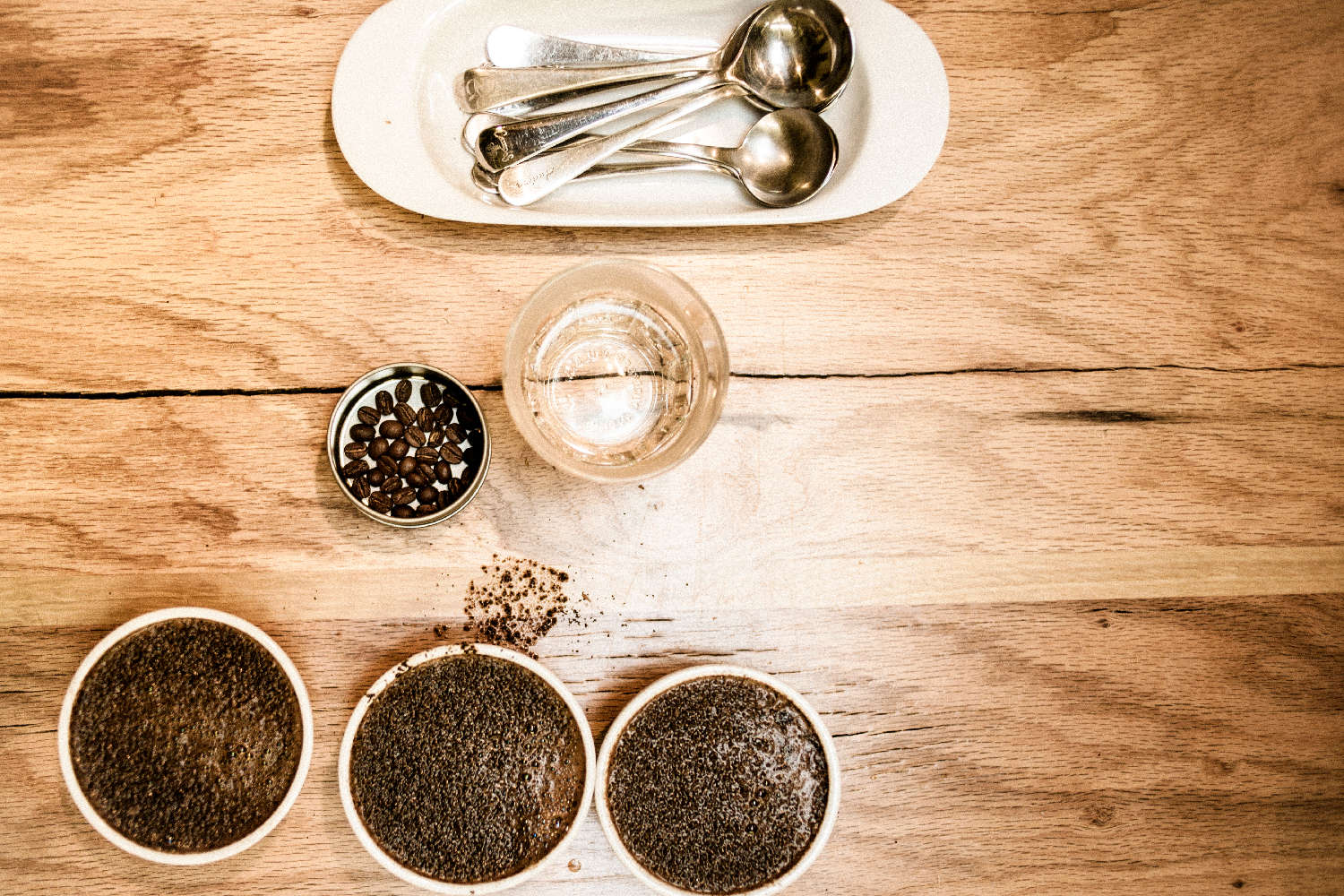 Earlier this month, I traveled to San Pedro Sula to participate in the 11th Cup of Excellence Honduras. Cup of Excellence is a program administered by the non-profit Alliance for Coffee Excellence which aims to identify and promote exemplary coffees within a coffee producing country. These extraordinary coffees are auctioned off in a global online auction, awarding farmers prices which far exceed most other market channels. This process also introduces farmers directly to roasters who may be interested in building long term relationships and purchasing quality coffee at high premiums in future years.

This year 194 coffees were submitted to the Cup of Excellence Honduras. Of these samples 40 were chosen by a jury of Honduran coffee tasters as exemplary coffees to be judged by an international jury. Our international jury was composed of 23 coffee professionals from North America, Europe, Asia, and Latin America, including three cuppers who served on the Honduran National jury. We spent the week calibrating our palates, tasting these 40 wonderful coffees and eventually deciding which coffees would be featured in the auction, as well as which coffees would be awarded top prizes.

Honduras, like almost every coffee producing country, has a diversity of regions, climates and qualities within the coffee that it produces. The volume of coffee produced in Honduras is large and growing, it is the largest exporter of coffee in Central America with total exports of the 2012/13 crop nearly 5.5 million 60 kilo bags. Quality however, has not always been at the forefront of Honduran Coffee’s reputation. Much of the coffee exported is traded through middlemen known as Coyotes who buy coffee from farmers in rural areas at a low price and transport it to a mill to be blended together with the coffees of many other unknown farmers. This business model provides no incentive to farmers to grow better coffee, as there is no traceability or differentiation amongst lots other than the most basic origin denomination. Imagine if our beautiful Sonoma County grapes were all blended together and sold as California Wine: Sonoma County. Cup of Excellence has been trying to encourage farmers and exporters alike to invest in traceable practices which can reward great farmers and great coffees with premium pricing and long term producer-buyer relationships. Along with the growing demand for high end specialty coffee, this has led to more and more Honduran coffees being carefully prepared and sold as Micro-lot coffees.

Throughout the week, all of the tasting was done blindly, ensuring that the Jury had no idea of which farmer or even which region a coffee was from. Scores were collected and compiled and coffees were moved forward or eliminated from the competition. During this process we were able to taste the variety of different flavor profiles that Honduran coffees offer. Some coffees showcased vibrant citrus and tartaric acidity profiles, tart and explosive, while others featured big soft bodies and brown sugar sweetness. The coffees that performed best showed complex acidity with many layers of fruit, sweet and tart, alongside a pillowy mouthfeel and pristine finish. They were among some of the finest coffees I’ve ever tasted. In the end, twenty-three of the forty coffees judged were selected to be auctioned (the auction will take place in June), and the top three scoring coffees were each awarded an average score of over 90 points (a rare occurrence when using the Cup of Excellence scoring system). The highest score was awarded to a woman for the first time in the history of the Honduras Cup of Excellence. Her coffee farm, Mi Esperanza, is located in La Paz, in Southwest Honduras. The award was presented in grand fashion by Juan Orlando Hernandez, the President of Honduras.

Juan Orlando Hernandez, President of Honduras (in Blue), presenting the First Prize to Lucinda Vasquez, the first woman farmer to win a Honduran Cup of Excellence.

As a member of the International Jury for this important coffee event. I was able to visit a number of farms and processing plants (Beneficios) to learn more about coffee in Honduras, and to meet some of the people who are working hard to bring the best quality Honduran coffees to market. I visited Beneficio San Vicente in Santa Barbara, a region that is home to 14 of the 23 auction lots. Here I met with farmers and exporters to see first hand the meticulous farming and processing practices that lead to Cup of Excellence lots. I was impressed by the prevalent use of raised bed drying and solar greenhouse type driers, which can help control the temperature and humidity of coffee parchment as it is drying.

I also was able to visit a young farm and see how farmers in this area are selecting quality focused varieties and treating them carefully in order to yield the highest quality fruit and seed.

I also visited the coffee growing region of Copan, which borders Guatemala and is home to some of the best Organic Coffees in Honduras, as well as some of the most amazing Mayan ruins! Here I met some amazing people at the Cooperative CAPUCAS, who focus on using sustainable farming practices to produce extraordinary coffees as well as specialty honey. The Cooperative has provided a place for farmers to learn about Organic farming, receive help gaining certifications such as Organic, Rainforest Alliance, or Smithsonian Bird Friendly, and find help marketing their coffee to like minded buyers.

One of the most memorable conversations that I had during my visit to Honduras was a brief one with the farmer who would eventually be awarded third place in the auction. We spoke about his organic farming operation in La Paz and about one of the most devastating realities that coffee producers have faced in the past couple years. Throughout Central America there has been a widespread outbreak of the fungus hemilia vastatrix, known as coffee leaf rust or “roya” and it has affected many farms and caused an expected 16% decrease in production. The cooperative that I visited, CAPUCAS has lost nearly one thousand acres of coffee to the rust fungus, which is especially savage on organic farms where no chemical fungicides can be used. The gentleman with whom I was conversing, Armando Bautista, had lost two thirds of his small farm in La Paz and was considering how to move forward for the next few years until newly planted coffee would yield a market worthy crop. He communicated a dedication and love for coffee, for farming and for his land in Honduras, and clearly had no desire for another livelihood. It was so rewarding to see him claim one of the top spots in the auction, knowing that the price he would receive for that lot of coffee would ease the hardship that he has faced, at least this year.

La Roya is not going away, nor are many of the other difficulties that farmers and farm-workers face. However, programs like Cup of Excellence strive to open lines of communication all along the supply chain and help those of us buying the worlds most beautiful coffees connect to and build relationships with those who are growing and preparing it.

The auction is in June, and we may have the opportunity to feature an auction lot, or another lot from one of the outstanding farmers I was fortunate to meet. Keep your eyes on the menu!